Here, through an example, we illustrate the basic concepts and usage of SWIM for sensitivity analysis. More advanced usage of SWIM and options for constructing stresses are demonstrated in the vignette Vignette.html.

We consider a simple portfolio model, with the portfolio loss defined by Y = Z1 + Z2 + Z3. The random variables Z1, Z2, Z3 represent normally distributed losses, where Z1 has mean 100 and standard deviation 40, and Z2 and Z3 have mean 100 and standard deviation 2. Further, Z1 and Z2 are correlated, while Z3 is independent of (Z1, Z2). Our purpose in this example is to investigate how a stress on the loss Z1 impacts on the overall portfolio loss Y. First we derive simulated data from the random vector (Z1, Z2, Z3, Y), forming our baseline model.

Now we introduce a stress to our baseline model. For our first stress, we require that the mean of Z1 is increased from 100 to 110. This is done using the stress function, which generates as output the SWIM object str.mean. This object stores the stressed model, i.e. the realisations of the model components and the scenario weights. In the function call, the argument k = 1 indicates that the stress is applied on the first column of dat, that is, on the realisations of the random variable Z1.

The summary function, applied to the SWIM object str.mean, shows how the distributional characteristics of all random variables change from the baseline to the stressed model. In particular, we see that the mean of Z1 changes to its required value, while the mean of Y also increases. Furthermore there is a small impact on Z2, due to its positive correlation to Z1.

Beyond considering the standard statistics evaluated via the summary function, stressed probability distributions can be plotted. In the next figure we show the impact of the stress on the cumulative distribution functions (cdf) of Z1 and Y. It is seen how the stressed cdfs are lower than the original (baseline) ones. Loosely speaking, this demonstrates that the stress has increased (in a stochastic sense) both random variables Z1 and Y. While the stress was on Z1, the impact on the distribution of the portfolio Y is clearly visible. 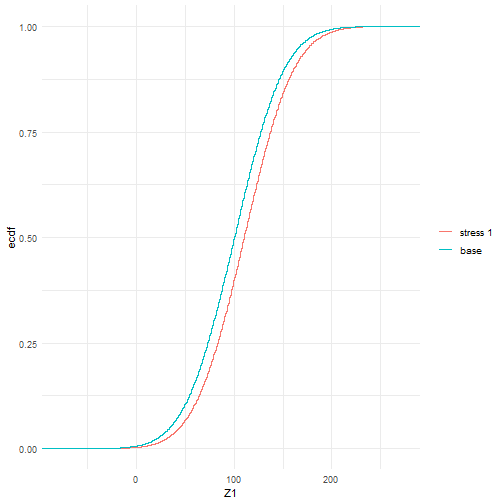 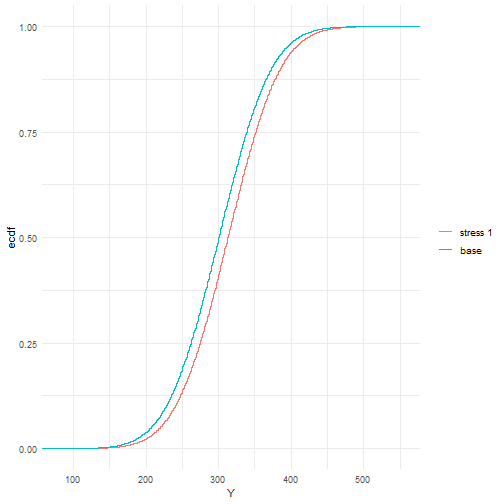 The scenario weights, given their central role, can be extracted from a SWIM object. The scenario weights from str.mean are plotted against realisations from Z1 and Y respectively. It is seen how the weights are increasing in the realisations from Z1. This is a consequence of the weights' derivation via a stress on the model component Z1. The increasingness shows that those scenarios for which Z1 is largest are assigned a higher weight. The relation between scenario weights and Y is still increasing (reflecting that high outcomes of Y tend to receive higher weights), but no longer deterministic (showing that Y is not completely driven by changes in Z1). 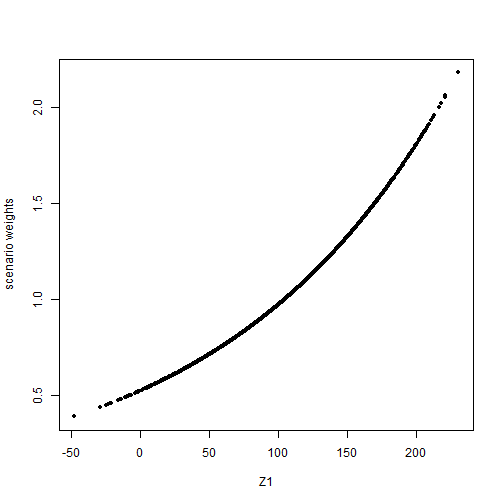 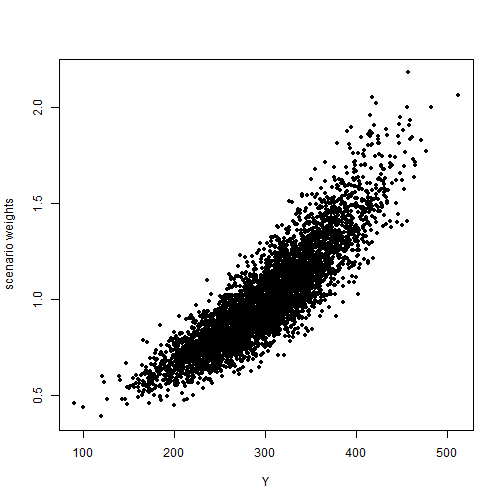 Furthermore, in the next figure, we compare the baseline and stressed cdfs of Z1 and Y, under the new stress on Z1. The crossing of probability distribution reflects the increase in volatility. 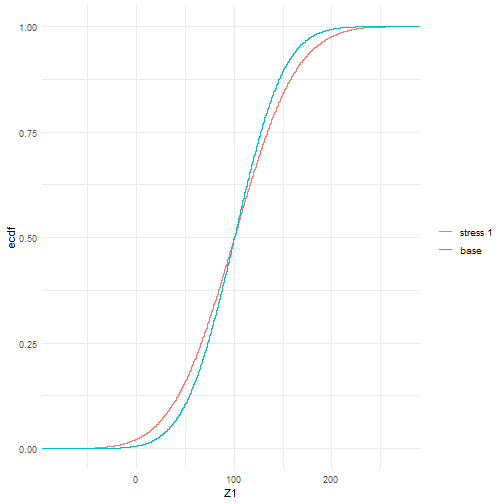 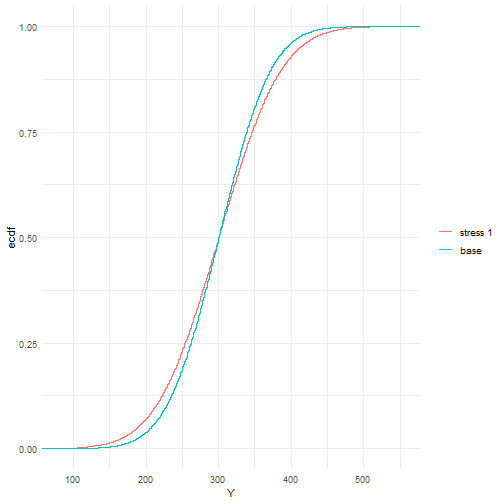 The different way in which a stress on the standard deviation of Z1 impacts on the model, compared to a stress on the mean, is reflected by the scenario weights. The next figure shows the pattern of the scenario weights and how, when stressing standard deviations, higher weight is placed on scenarios where Z1 is extreme, either much lower or much higher than its mean of 100. 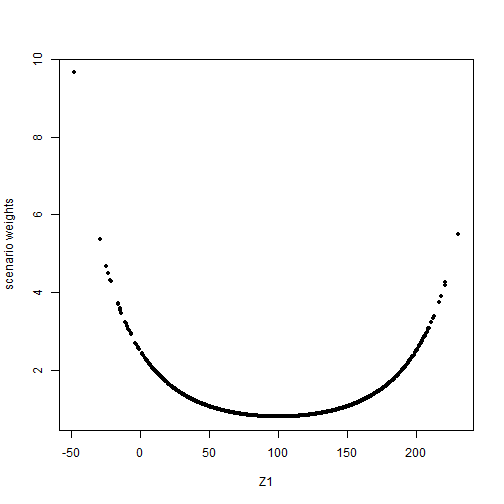 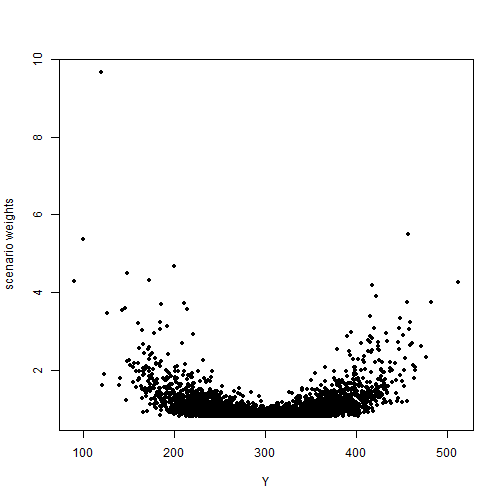